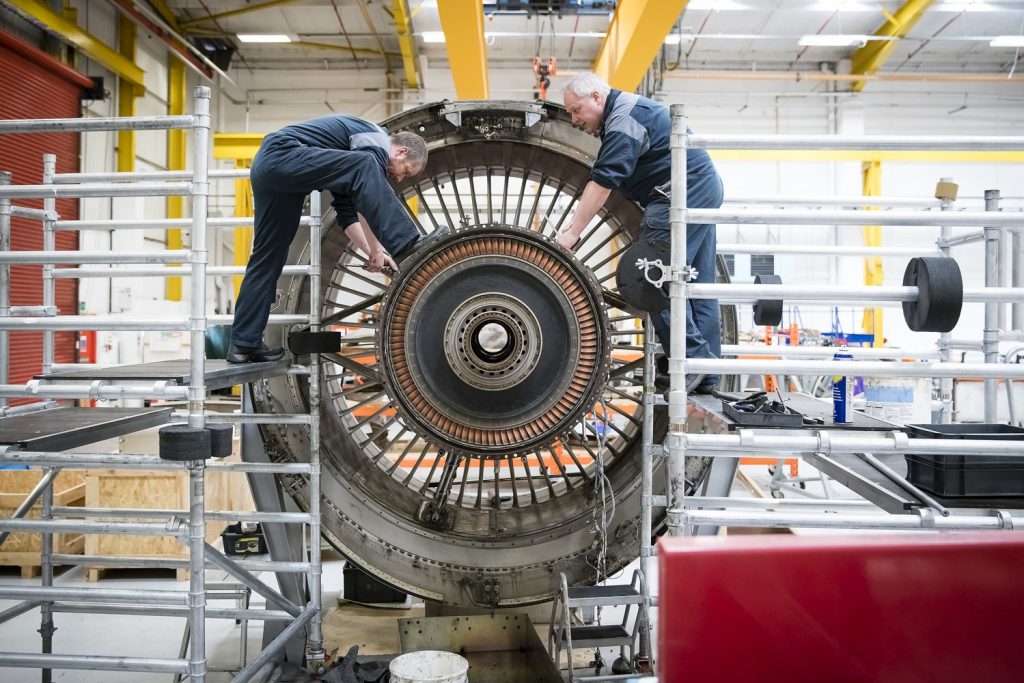 At its 100,000ft² workshops and warehousing facility in Cardiff, AerFin has storage for engine components, larger airframe parts and the capacity to store more than 30 engines .

In this Q&A session John Whalley, CEO of Aerospace Wales talks to Ed Hill about the country’s long-established capabilities in MRO services for aerospace.

The Aerospace Wales Forum is the trade association for all companies operating in the aerospace and defence sector in Wales. The trade body supports it members by promoting companies on its website, in its capabilities brochure and trade brochure, and by giving them access to events, networking opportunities and industry expertise. Wales’ maintenance, repair and overhaul (MRO) companies have extensive expertise in both civil and military programmes.

Q) What is the extent of Wales’ involvement in the MRO sector? The companies involved, capabilities, areas of expertise, military and civil work etc.?

Wales is a major centre for MRO; 20% of the UK’s activity is managed here, and the country punches well above its weight, having just 5% of the UK population. The MRO sector continues to grow in Wales, along with the expertise of its workforce.

GE Aviation is the world MRO base for the GE90 engine, used in the twin-engine wide-body Boeing 777, one of the most powerful engines certified for civil aircraft. In addition, GE handles the GP7000, which was developed by The Engine Alliance, a joint venture between GE and Pratt & Whitney. This powers the Airbus A380 and the CFM56 family of engines – developed by CFM, which is the world’s most popular aircraft engine. The business occupies a workshop space of 1 million square feet and its customer base covers 90+ operators, from all around the world.

The St Athan Enterprise Zone, which can trace its aviation history back to 1938, has been a major centre for Aerospace and Defence. It currently has several tenants, workshops and hangars, along with a newly surfaced runway. Civilian and military projects work side by side, with works including MRO, non-destructive testing and full-scale manufacturing.

The current Airbus Broughton site was founded in 1939, as a shadow factory for the production of the Vickers Wellington and the Avro Lancaster. After the War, De Havilland took over the factory and it was used to produce various aircraft, including the Mosquito and the Comet. As well as Airbus, today the locality is the home to Raytheon, and other tenants include Aerocare Aviation and DECA, the Defence Electronics and Components Agency which has successfully tendered for F-35 avionics maintenance.

At Valley in Anglesey, the current airfield was constructed in the latter part of 1940 as an RAF fighter sector station. Valley is currently the home to RAF operations and MRO is carried out by BAE Systems and Babcock. There is significant training activity for both rotary and fixed wing aircraft, including Lockheed Martin providing simulator training on site. 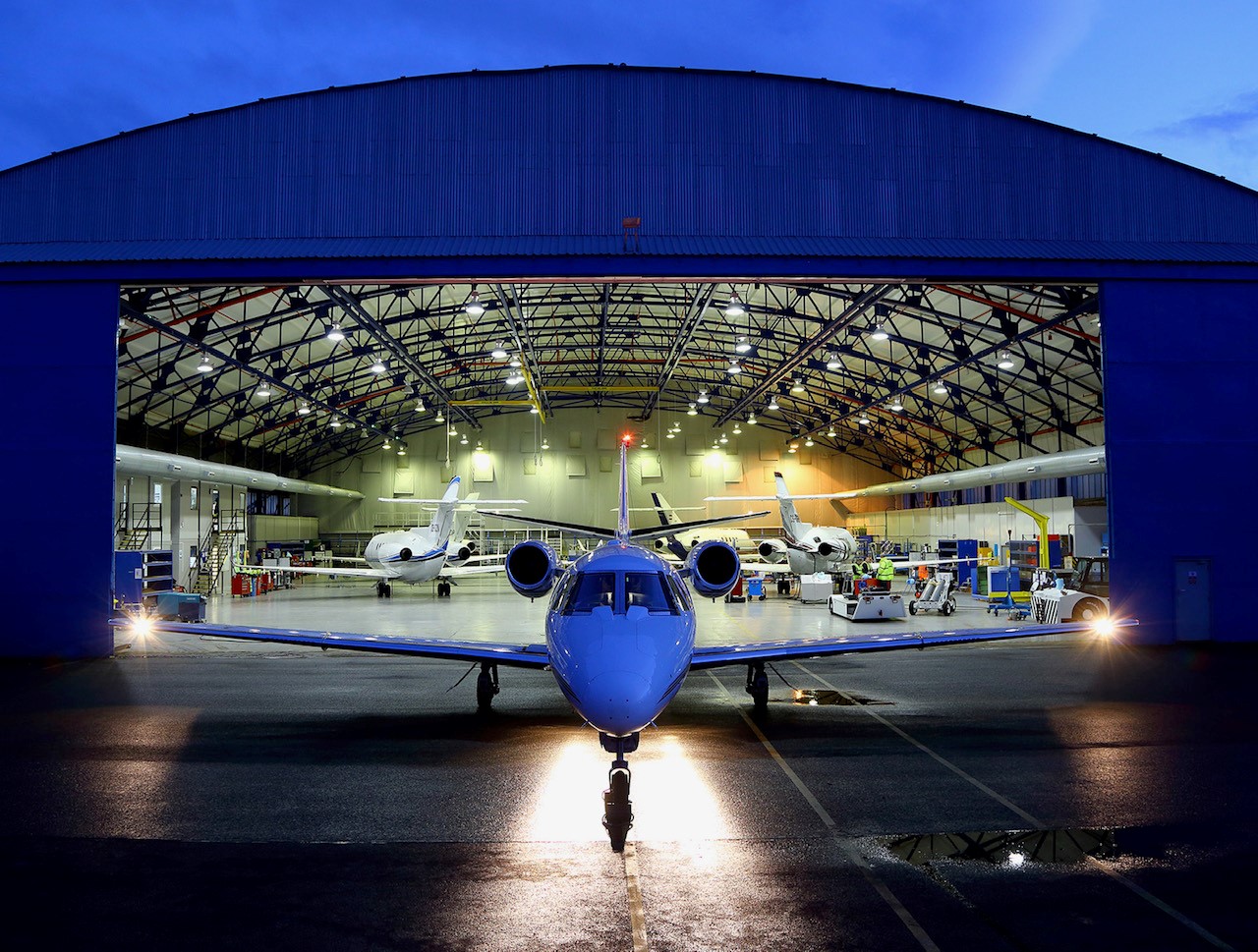 Deeside-based Aerocare Aviation Services, which specialises in business aircraft MRO, is one of the companies that has benefitted from Welsh Government support

Q) What is the MRO industry worth to the Welsh and UK economy?

According to the latest government figures, we estimate that the MRO industry in Wales is worth around £1.5 billion in turnover and employs 6,000 people; approximately 10% of the £15bn MRO value to the UK economy as a whole.

Q) Why has Wales built up such a strong reputation in this area? What initiatives are you involved in to help it develop further?

Wales has long been known for its aerospace and defence capability, with three of the current Enterprise Zones across Wales, Cardiff Airport and St Athan, Deeside, and Anglesey, having airfields dating back to World War II.

The Welsh Government has invested in the infrastructure around these sites and local further and higher education colleges have supported the development of the workforce. The Welsh Government continues to have the best support packages for businesses in Europe, whether that’s for R&D, new equipment, apprentices or training requirements.

Q) Are you involved in MRO training initiatives with the industry?

There is a significant training activity for both rotary and fixed wing at Valley in the Anglesey Enterprise Zone. All MRO companies are eligible to apply for financial support towards their employees’ training, and as proud signatories of the Women in Aviation and Aerospace Charter, Wales offers additional financial support towards the upskilling of women in the industry. 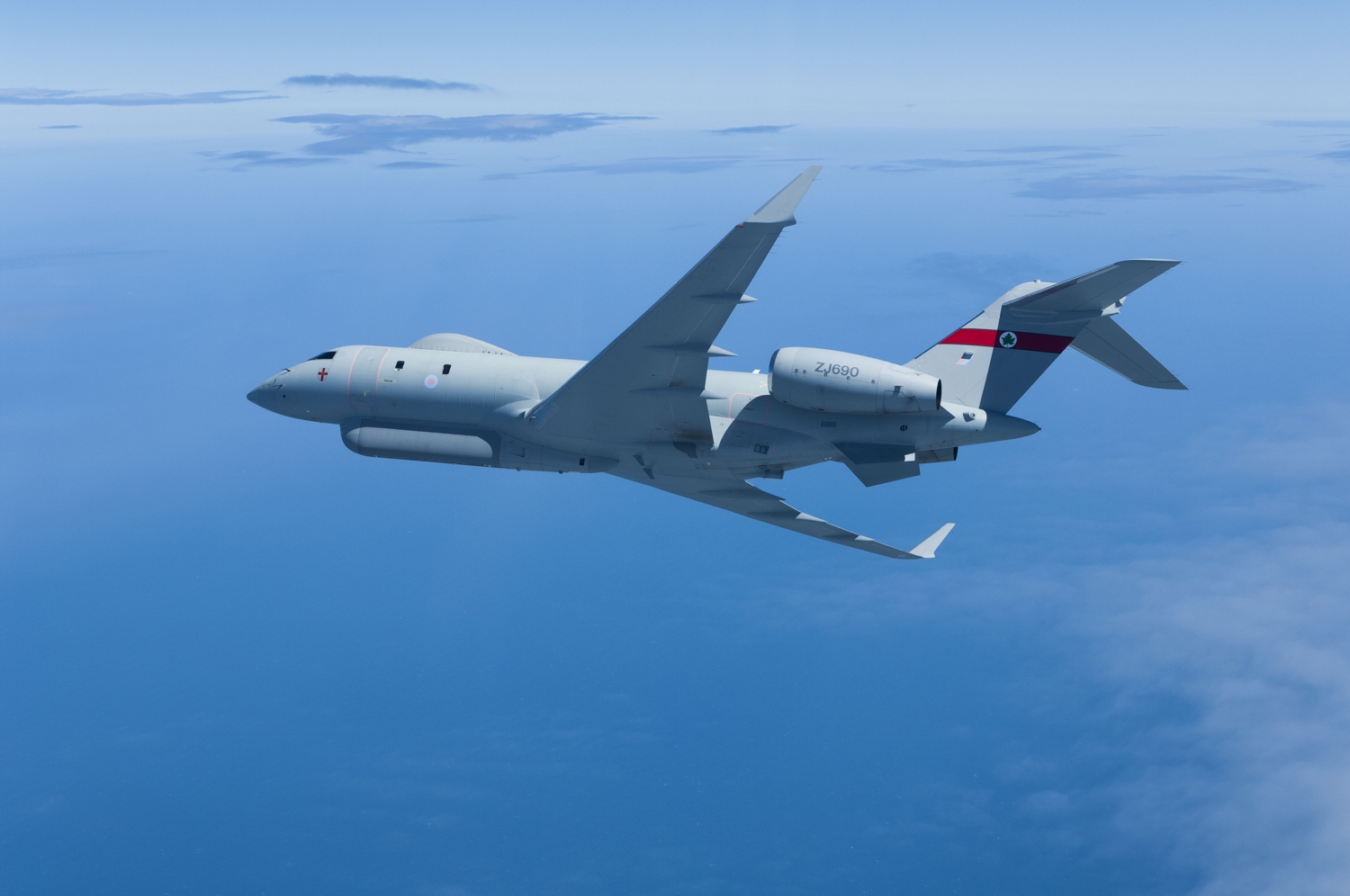 Q) How can the Welsh Government assist companies involved in the MRO sector, and can you explain more about the Redundancy Action Scheme (ReAct) programme and how it has helped a particular company?

A good example of companies benefiting from Welsh Government assistance is Aerocare Aviation Services, based in the Deeside Enterprise zone – something of a ‘Phoenix’ aerospace company after setting up in 2017 in the aftermath of the closure of Marshall Aviation Services. Aerocare was recently appointed UK dealer and preferred installer in the UK and parts of Northern Europe for Bendix King’s new glass cockpit.

The core business for Aerocare is the maintenance, repair, overhaul, modification and refurbishment of business aircraft. They offer a complete package, including avionics and paint spraying, while interior refurbishments are undertaken to high standards for the luxury end of the business.

The company was spearheaded by the former general manager at Marshall’s, initially employing 28 former workers, many of whom were assisted by the Welsh Government’s ReAct programme. They went on to employ a total of 40 former Marshall employees and now the company has grown to 60 staff with a turnover of £7 million.

Aerocare received assistance through the ReAct programme, which helps pay the wages and fund job-related skills training for recruits who have recently been made redundant, helping to get them quickly back into work. ReAct is part-funded by the European Social Fund through the Welsh Government. Aerocare has also benefited from the Flexible Skills programme, Business Rates Relief scheme and has accompanied the Welsh Government as stand sharer at a number of key aerospace events.

Q) How do you predict this market will grow in the future?

We continue to support our organisations involved in MRO activity, as we recognise this is a valuable sector of the Welsh economy. In April we had a stand at MRO Americas and took five companies with us on a trade mission. We will also be exhibiting at MRO Europe later in the year and inviting companies to stand share with us.

It is predicted that the global large commercial MRO market will grow at 4.1% to 2026 with strongest growth in the modifications market. The military MRO market is predicted to grow more slowly from $57bn in 2017 to $62bn in 2024. As Wales has a significant presence in this sector there are therefore significant opportunities.